At the MWC2019 World Mobile Conference earlier this year, Sony released a number of new products. The Sony Xperia 10 Plus left a deep impression on the 21:9 screen. This widescreen is in sight. And the game has a natural advantage. Recently, this machine came to our editorial department. After a period of experience, today we will talk about this “maverick” mobile phone.

With the impact of the full-screen tide, the form of the mobile phone screen is just a few. In the beginning, people may have a sense of freshness, but it will inevitably have some aesthetic fatigue. This time, the biggest feature of the Sony Xperia 10 Plus is this screen, 6.5-inch 21:9 widescreen.

The “Full HD+ screen” is very rare in today’s mobile phone market. People who like it are very popular, and people who don’t like it are scornful. But it is undeniable that this screen is an artifact for those who like to watch movies. 21:9 has a wider field of vision, clearer contrast, rich vivid colors, higher screen ratio, and more immersive viewing experience.

Although the Sony Xperia 1 0 Plus is not really a flagship phone, its design philosophy is unambiguous and solid. If I use a word to describe this phone, my first thought is “slim”, the feeling of mastering is really wonderful, simple and smooth shape lines, but also make the hand feel more comfortable.

Many mobile phones on the market use a gradient color process, which looks cool at first glance, while the Xperia 10 Plus is the opposite. Simple metal solid color, no extra things, it is like a gentleman, restrained and calm. The matte texture of the back feels first-class, full of demeanor. Maybe many people see this phone when the first feeling is Founder, but as long as you look closely, it is not difficult to find that Xperia 10 Plus has a lot of work in detail, for example, the rounded corners are like reinforced concrete. One of the warmth is like jade.

As the largest supplier of high-end mobile camera sensors, Sony has a natural advantage in the field of mobile imaging. The number of cameras is not the only factor that determines the quality of the photo, but the differentiated feature experience brought by multiple cameras is obvious to everyone. This time, the Sony Xperia 10 Plus uses a 12-megapixel + 8-megapixel rear-camera lens to capture more exciting moments. And while enjoying the video image on the 21:9 screen, you can also shoot the same 21:9 video and image.

Open the camera interface of Sony Xperia 10 Plus, click the “Mode” button in the lower left corner, you will find a lot of extra shooting functions, in addition to the slow-motion shooting and AR effects common to Sony mobile phones, you also have bokeh and portrait selfies. And other modes.

Many people may not know much about bokeh, but they already have it on XZ3. Simply saying that bokeh is equivalent to a more powerful background blur shooting. After entering the function, close the object and press the shutter. The Xperia 10 Plus will take two photos in succession to get more details of the picture for later personalization.

If you want to shoot people, you can choose the portrait self-timer mode. In this mode, you can customize the beauty effects, including face-lifting, beauty, and big eyes. The addition of SteadyShot technology makes the selfie more convenient and easy to capture clear images.

In fact, a large part of people who take photos with their mobile phones does not know how to adjust the parameters. Picking up the phone and pressing the camera button to image excellent is what they want, and the Xperia 10 Plus is just such a mobile phone. The 12-megapixel + 8 megapixel rear dual-lens lens is perfectly suited to our everyday needs.

I’ve got so much, I’m going to sample it, everyone feels like it.

A good mobile phone not only has to be configured hard, the design is outstanding, and the user experience is also indispensable. The Xperia 10 Plus is a good example of what the user experience is. Friends who know Sony phones will know that Sony phones have a classic design, which sides fingerprint recognition. This time, the design returned to Xperia 10 Plus, and the party was crazy about it. In the era of screen fingerprint recognition of the popular mobile phone market, side fingerprint recognition appears to be so small, but it does not affect its easy-to-use features. The classic operation makes single-handed control more comfortable and convenient.

Since it is a 21:9 widescreen, then it should be used well. The Sony Xperia 10 Plus brings us a split screen function. Although this feature is already blamed on Android phones, it benefits from The long screen” makes the content displayed on the split screen richer and more convenient to operate. Because the screen is longer, the Xperia 10 Plus can be used to play movies at the same time. The lower software can still display at a 16:9 aspect ratio, which greatly improves usability.

It should be noted that the 21:9 screen ratio is mixed, so the proportion of the source is not yet rich to a certain extent, and when watching some 16:9 variety videos, there will be black borders. In the reading software, Xperia 10 Plus allows the phone to display more content. In the game, because the display area of this phone is very wide, it has even exceeded the limit of the king’s glory official mobile phone and will display more maps and horizons outside the black side.

In addition, Sony Xperia 10 Plus also has a side-sensing function, as long as you gently press the edge of the phone screen twice, the application’s floating window will pop up on the right side of the phone screen, and there are shortcut switches such as WiFi and Bluetooth at the bottom. It also learns and predicts your usage habits and trends, reducing the time it takes to find applications.

Since the Sony Xperia 10 Plus is known as the “viewing artifact”, it naturally has the advantage that similar mobile phones do not have. The more powerful Sony sound quality technology blessing allows users to have a better listening experience when watching movies. DSEE HX technology, Hi-res technology, LDAC technology, high-resolution audio let you hear a clearer and more exciting music feast.

Lifetime has always been a problem that can’t be ignored. The Sony Xperia 10 Plus provides a 2930mAh capacity battery. In the system, Sony provides Smart STAMINA technology, which will warn the applications with large power consumption in the system and ensure that the background will not be wasted. More power, which further extends the life of the phone.

terms of the current mobile phone market, the Sony Xperia 10 Plus is more like a mobile phone for niche or fans. In the same competing products, there is not much advantage except for the screen. The 21:9 screen has big Limitations, as mentioned in the previous article, people who like it are acclaimed, and people who don’t like it are scornful.

The configuration is quite satisfactory, and when faced with those “price-performance monsters” of the same price, this configuration is indeed a little powerless. However, if you are a cable for the audio and video experience, the Sony Xperia 10 Plus is worth starting. It is undeniable that every mobile phone of Sony has an attitude, but the target group is different. I don’t like it. 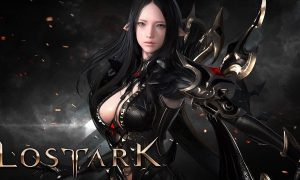